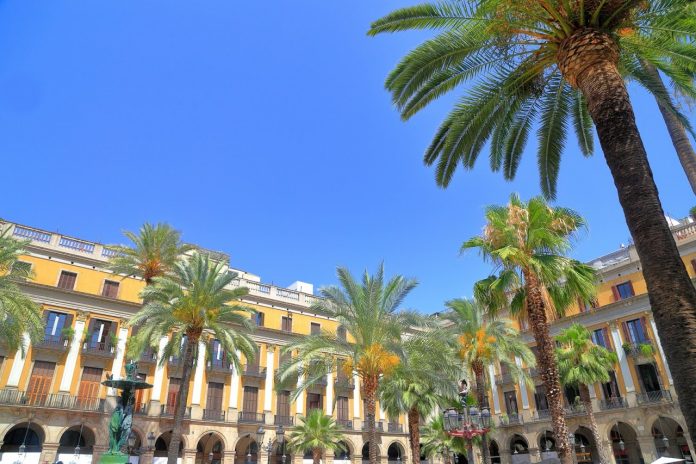 One of the best things about travelling around is that you get to experience new cultures and traditions, wherever you go. These traditions are very important in Catalonia, one of the Spanish regions that seems more like a country in its own right. Given that Barcelona is the capital of the region, chances are you’ll find an example of these traditions when travelling here. From Sardana to a Caganer Below you’ll find a list with the 10 most important ones:

Catalonia has an anthem called Els Segadors. This has been its anthem since 1993, although it had already been written in 1639 when Catalonia fought for its freedom against the Spanish king. On this website you can listen to the song, just click the play button.

The Catalonian donkey is, apart from being an officially protected animal, also the symbol of Catalonia. Because of the fact that the little animal was threatened with extinction 2 youngsters made a sticker with the silhouette of the donkey. This image became enormously popular and not long after that the donkey came to be the unofficial symbol of Catalonia and with that the humoristic counterpart for the Osborne bull that is the symbol for other Spanish regions.

Pan con Tomate is a simple dish made of tomato, garlic and put onto bread. You can get it almost everywhere as a separate ‘tapa’, but usually the mixture is spread beforehand on baguettes (underneath the filling).

A calçot looks a bit like leek and is only cultivated in Catalonia. The calçotada is the party celebrated when eating this vegetable. They are roasted over an open fire, afterwards the black layer is removed and the calçots are dipped in a delicious sauce. Then they are eaten like herrings. Sometimes, during competitions, they eat hundreds of them.

The English translation for this word is ‘towers’, which describes the tradition in a word. Formerly on Sundays, and nowadays during holidays, groups gather together to climb on each other’s shoulders to form towers of 7 stories or higher. In Barcelona this comes to a climax on the Sunday closest to the 24th of September and the first Sunday of October, when there’s a big competition in Tarragona.

Always been a big fan of dancing? Then you should go to the Cathedral in Barcelona, where the locals meet to dance the traditional Catalonian ‘Sardana’. It’s a very calm dance, where they form a circle which stands for brotherhood, and in which everyone can participate. The live music is provided by traditional horns.

During this festival people run around dressed up as devils whilst burning fireworks. These devils are not intended to be a reincarnation of evil, just joyful beings, jumping around to the beat of the drums. In Barcelona you can see them in September during La Merce.

Patufet is the name of a little boy, the size of a grain of rice, who is the protagonist of a children’s story about growing up. You can get little sculptures of this figure throughout Catalonia, and the word Patufet is used for all sorts of things relating to children. For the story of Patufet and a part of the Patufet song you can visit this website (in English)

If you take a look at a Catalonian Christmas manger you may get the fright of your life when you see that a figure so called the ‘Belen’ is happily doing a ‘number two’. There are various explanations for this boy on a toilet bowl being part of the Christmas decoration: it could be a symbol for equality and the fact that God can accompany you during every minute of the day.

Christmas and poop go hand in hand in Catalonia. Next to the Caganer most Catalonians have a hollow tree-stump in their homes with a face painted on it. He’s wearing a red bonnet and often receives a blanket for the night. During the days before Christmas the tree-stump is filled with sweets and food. On Christmas Eve the children start pounding on the stump with a stick, in order for him to ‘poop’ all the goodies. Click here for the text of the song (translated into English).

‘Cinema a la fresca’ and other outdoor activities in Barcelona

The Three Wise Men in Barcelona