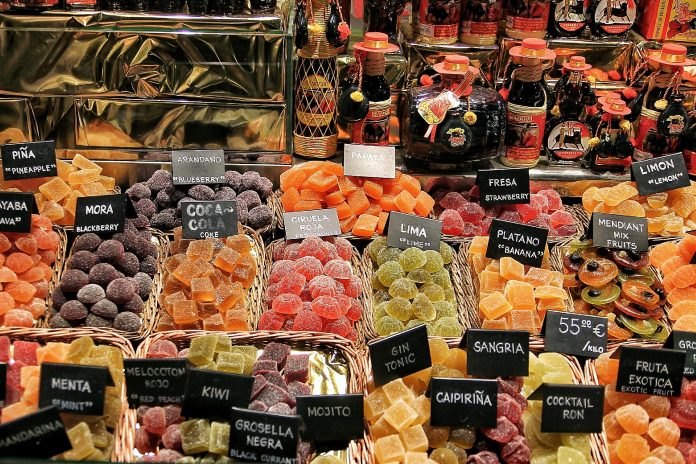 Barcelona is a city with one of the best nightlife scenes in the whole of Europe, and therefore it’s natural that both tourists and local residents should enjoy a drink in one of the many different bars and nightclubs around the city. Due to the fact that Barcelona’s nightlife can get going early (at about 8 p.m.), and come to a conclusion even earlier (8 in the morning), often it’s necessary to have something to eat outside of conventional hours. But whereabouts can this be found? And at what time?

Frankfurt: These traditional German restaurants can be found throughout Barcelona, although they are more common in areas such as Eixample and Gracia. The majority of them are open until two in the morning, and happen to be the perfect place to grab something quick and very tasty to eat, either before heading to the first bar (10 p.m.), or before going clubbing (1 a.m.)

It is very easy to find places selling this kind of food up until 5 a.m. They are abundant throughout the centre, especially in the Barrio Gotico and the Raval. These are the perfect solution when you want something to eat if you have dedided to finish up the party ‘early’.

Samosa: a pakistani speciality, made from a base of potatoes, which can be found in the Ramblas at 5 o’clock in the morning, the time at which some of the clubs in the area close (Moog, Felini, Les Enfants, Sidercar, Karma), so if you are tired and don’t fancy trudging to a place that sells food, this is the best option. Pakistanis are gifted sellers and usually they can be found near to a disco that is closing, however this is by no means a guarantee that you’ll always be able to find someone.

Croissanteries: Up until now, all of the foods mentioned are savoury and also pretty heavy duty, however it is also posible to find a croissanterie that stays open until 5.30 a.m. I have to say that personally I always look for something savoury after going to a club, so I don’t know many croissanteries which are open at this time. On the map I have indicated one, however if you know of any others, I will be happy to add them here:

Burger King: A much less traditional but nevertheless equally effective option when hunger strikes is the extremely well-known American fast-food chain, which is located in Las Ramblas and is open until 6 in the morning

How to get to Burger King

Chiringuitos: Near to the larger clubs in the city, there are many chiringuito places which are open until 7 o’ clock in the morning. The menu is simple: churros (fried doughnuts), crisps, coffee, water or beer, everything you need in order to recuperate the energy necessary for getting home. Therefore I haven’t made a map as these are rather spread around the city, but if you are heading to Razzmataz, Opium, Shoko, Apolo, Rock 14, Bikini, BeCool, La Sal, Costa Breve, Sutton or Nick Havana you should definately be able to find one.

This should be the end of the list, however I know that many people in Barcelona have the custom of keeping on dancing and drinking even after 7 a.m., and so if you do wish to eat something between 7 and 8 a.m. any of the bakeries around the city will be open by this time. As of 8 a.m. you will be able to enjoy a good breakfast in any of the city’s cafés. Now, all I have left to say is Chin chin and bon apétit!

The Palau Güell – the rebirth of a Gaudí masterpiece