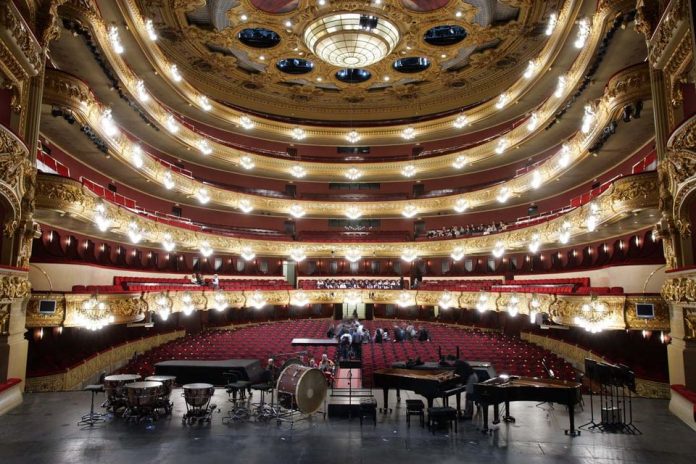 The 18th October sees the opening once more of the 41st annual Voll-damm International Jazz festival in Barcelona. The event has been extended to include the outskirts of Barcelona, with concerts in Viladecans, Sant Cugat and Hospitalet. The festival will also bring together a multitude of national and international artists, who will come to Barcelona and make it an even more fabulous city than it already is.

Although the official inauguration will take place on the 28th October, concerts begin on the 18th with a presentation from the Big Band de l’Esmuc, who will be giving an hour-long show covering jazz greats throughout history. It’s worth jotting this concert down in your diary, as apart from anything else it’s free.

The 2008 Jazz festival by Andreurobusté

The saxophonist Wayne Shorter, a member of Miles Davis’ famous 60s quintet will be inaugurating the festival on the 28th October with his quartet, very possibly the best jazz band around. As if this wasn’t enough, the other artist who left a memorable mark on Miles Davis’ record Tóten with his work on ‘Kind of Blue’, Jimmy Cobb, will be coming to the Palau de la música on the 7th November precisely in order to commemorate the 50th anniversary of the highest selling jazz record in history, ‘Kind of Blue’. Jimmy Cobb, along with trumpeter Wallace Roney will be recreating the magic of this iconic recording.

Marcus Miller, the composer of Tutu and another former member of Miles Davis’ famous band will be coming to the Palau de la Música on the 11th November with a concert that will give many the chance to relive the history of jazz as well as gaining a glimpse of the future, thanks to Jazz’s youngest and most promising trumpeter, Christian Scott.

Although these three greats from Miles Davis’ former band have provoked a great deal of interest, we can’t forget that there are many, many other artists who will take part in this unique and unrepeatable festival. Here are a few recommendations:

Joel Harrison – Christian Howes Quartet: these two artists are coming together in order to demonstrate that jazz is much more flexible than we would believe. Harrison is a guitarist with one of the most impressive discographies of the last decade, whilst Howes is a violinist who can switch from classical music to the blues.

Céu: a brazilian singer who made her debut 4 years ago, nominated for a Grammy and winner of the “revelatory artist of 2005” prize, her style is a blend of Reggae and trip-hop with strong samba and bosanova influences. A great deal of jazz/soul with a hint of electronica.

Chano Domínguez, flamenco quintet: is a unique combination of dance, hand claps and flamenco singing with jazz. You need to see this to believe it- it’s great!

Joe Lovano Nonet: is one of the only musicians for whom the label innovator would not be an overstatement. A saxophonist who, along with 3 others, offers a very strong form of jazz. He’s a born innovator and an expert when it comes to improvisation.

The festival will culminate on the 6th December, making it one of the longest festivals of the year, so you have easily enough time to decide which concerts to attend. But don’t wait too long- tickets have been available since the 13th July.

The concerts will take place in various locations across Barcelona, Viladecans, Sant Cugat and L’Hospitalet. The best thing to do would be to consult the list of concerts and find out where they are taking place. One thing that you should bear in mind: for Luz de gas, Sala bikini, Jamboree and Harlem Jazz Club, minors under the age of 16 are not permitted entry.

Each concert has a different price, however there are various discounts and offers which you can take advantage of:

· 15% discount for those belonging to ‘the Project/Amics del Jazz’ club.

· 15% discount on tickets for the cycle of concerts on variations of ‘Kind of Blue’.

· 10% discount for holders of OAP or student/youth discount cards, except for concerts in Viladecans.

Where to buy your tickets

Come to the Matinée Summer Festival at “Illa Fantasia”