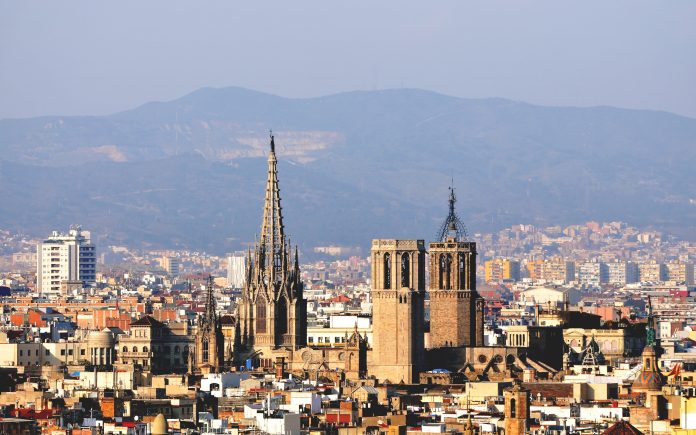 It’s midnight on Sunday, and the general strikes committee is meeting with approximately 200 people in a secret location, whilst many others are playing cards in the headquarters of workers’ solidarity in order to distract police who are impatiently keeping watch over the scene. What would begin as a general pacifist strike was to become a manifestation that would make, and indeed change, history.

Firstly, it is imperative to know what the reasons were for this week of revolution. The most cited reason was the departure of soldiers for the war in Morocco. After the loss of Cuba and the Philippines, Spain was looking to increase its presence in the north of Africa, and more specifically in the northern part of Morocco.

Obviously, the Moroccans put up resistance, which lead to president Maura declaring war against Morocco.

All of these events happened as if in a chain reaction. Upon declaring war, Spain needed soldiers, which it didn’t have.

What was the solution? Catalan reservists, who could only be utilized in exceptional circumstances, as they had already lent their military service on a previous occasion. These usually were poor people (by paying a levy of 1500 pesetas you could avoid military service) and heads of family, which resulted in another problem: they were obliged to leave their families defenseless.

Many people perceived that the soldiers were marching off to an abattoir, as death was almost certain, and asked “Why are we doing this? To protect the interests of the privileged classes?”

Undoubtedly, a riot as large as that of ‘semana tragica’ (tragic week) was not caused solely by these circumstances – this was just the spark that fed the flame. The reasons were more rooted to the social climax that Barcelona was experiencing at the beginning of the 20th Century and the huge feeling of resentment that existed against the ruling and privileged classes.

For all of these reasons, war was deemed a selfish act that would impact hard upon Catalan families economically, but more importantly, the impact would be a human one.

How the week unfolded:

Monday, 26th July
The general strike was put into action across Barcelona, Sabadell, Terrasa, Badalona, Mataró, Granollers and Sitges, and a strike committee was created for its coordination and direction. Authorities ordered the deployment of troops to the streets, which was welcomed by the populace with cries of ‘Long live the army!’, ‘Down with the war!’ and ‘Fight for our brothers in Morocco!’

As of 8 o’clock in the morning the city was paralyzed, shops and factories closed and trams not working. A peculiarity of the week was the complicity that developed between the army and the rebels. The army did not want to fight against the populace, as they were manifesting in defense of the soldiers who had been sent to Morocco. For this reason, order in the city was only in the hands of the civil guards and other security bodies.

Representatives from the workers’ solidarity movement wished to change the strike into a revolution, as did other radical leaders. However, either nobody wanted or nobody dared to take the reins of the insurrection.

The government also took a beating when the minister De La Sierva and governor Ángel Ossorio y Gallardo clashed in their ideas. Finally, the notions of minister De la Sierva (ideas about political and social revolution) were supported by unanimous vote and a state of war was declared. Governor Ossorio y Gallardo, who believed that the situation could be controlled using more traditional methods, decided to relinquish his post.

At approximately 11.30 on Monday an event occurred that would mark this rebellion forever in the history books- the burning of the San José Workers’ Foundation in Poblenou. It was the first of 80 religious buildings, including parish churches, schools and benevolent institutions, that were to be burnt during this tragic week.

Tuesday, 27th July
News regarding the ‘wolf-ravine’ disaster arrived from Morocco, where 200-300 reservists had perished, and following this news barricades were put up in the streets isolating neighbourhoods and churches.

At Midday on Tuesday barricades extending throughout the capital and other cities around Barcelona were set up, destined to isolate the neighbourhoods and churches that were burnt.

Wednesday, 28th July
Nothing of major importance took place today, everything continued in the same manner as previously established.

Thursday, 29th July
Snipers, also known as ‘Pacos’, instigate panic in the streets from the roofs of buildings, whilst politicians meet, however are unable to reach any decisions due to the fact that none of them assume responsibility and many have disappeared. Reinforcements arrive (about 10,000 men) from Valencia, Zaragoza and Pamplona, and on the same day Poblenou, el Clot and Sant Martín are cleared.

Friday, 30th July
The army continues to take back different areas of the city, some public services go back to working order and the burning of religious buildings also ceases. On this day, another boat leaves with troops for the war in Morocco.

Saturday, 31st July
The military governor issues an edict authorizing citizens to circulate freely in the streets. Shops and banks reopen their doors.

Sunday, 1st August
The authorities begin to take steps for punishing those responsible for the disaster. Military tribunals will be responsible for bringing the initiators of the strike to justice. The summary execution of Francisco Ferrer i Guàrdia, who was the main accused for all of the happenings during tragic week, causes many nationally and internationally to mobilize and accuse the Spanish government of corruption and foul-play. With this pressure comes the fall of president Antonio Maura, leading the king to propose the accession of the Liberals to power.

Successful outcomes resulting from the strike

Who was Francisco Ferrer i Guàrdia?

A revolutionary, free-thinker and conspirator who wished to break apart an authoritarian, intransigent, obsolete and oligarchic Spain. For this reason, he created an educational project, ‘modern schooling’, which sought to promote values such as liberty, equality and social justice. It was his intention to fight against sectarian, fanatical and dogmatic teaching, which was promoted at that time by the church, which had education in its hands.

Accused of the attempted assassination of King Alfonso XIII, he was sent to prison for a year and thus gained the moral discredit of society.

Although his participation during that tragic day was minimal, he was the ideal person to be accused of everything that took place during the week. Seeing that he was being excluded in participating in the events of the week, Guàrdia did attempt to convince local authorities in the small neighbourhoods of Premia de Mar and Masnou to proclaim the republic, something that did not happen however did come to be the principal evidence in accusing and condemning him, and later shooting him at Montjuïc castle on the 13th October 1909.

What about the rest of Spain? Maura’s conservative government

Barcelona was completely isolated, both by railway and telephone and telegram, causing a lack of information getting through from rioters, who had the conviction that the revolt had expanded into other provinces. The government minister De la Sierva took advantage of this lack of communication and made out that the strike was separatist in nature, thus managing to prevent the strike being supported by the working classes outside Catalonia.

From journalist to soldier, what brought George Orwell to Barcelona?

Montjuïc Castle – see the city from a different perspective