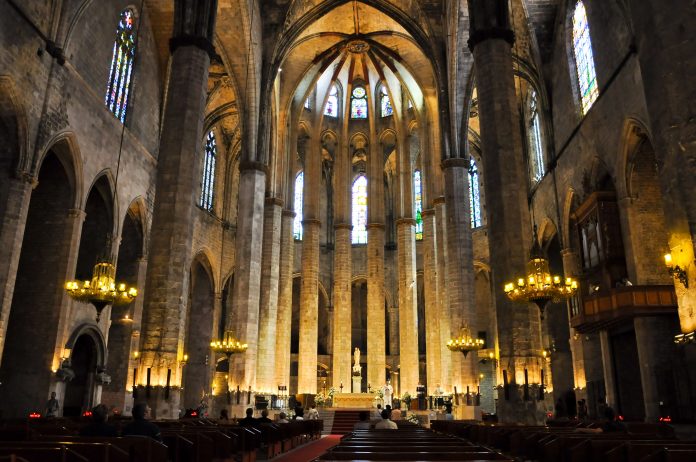 Santa Maria del Mar, also known as the Cathedral of the Sea, is a gothic church that was built between 1329 and 1383. However, unlike the vast majority of churches built around this time, it was built by the people; everyone contributed money and time during its construction.

Certain elements of the church are surrounded by a long history, such as the main door which is homage to the “bastaixos” who brought stones from the beach which were to be used for the building’s construction.

Over the years, the church has established a bond with the residents of the city and Catalonia. For example, there is a white mulberry tree which was once the church’s cemetery where all the Catalans who died during the siege on Barcelona in 1714 can be found and where the Catalonia’s National Holiday is commemorated.

Santa Maria del Mar has inspired great stories such as ‘La Catedral del Mar’, published by Iledefonso Falcones, although it’s important to point out that it’s not the Cathedral of Barcelona, but rather a parish church.

These two magnificent constructions were modern, but they had different meanings. Whilst Santa Maria del Mar was built by the people in an austere style, the ostentatious cathedral of Barcelona was associated with the monarchy, nobility and the high clergy.

Santa Maria del Mar’s façade is made up of many straight lines and it doesn’t seem to inspire too many emotions. However, inside, it’s a unique construction, with simple elements that transmit a feeling of grandeur that any cathedral in the world would envy.

The secrets of the church include the numerous columns that seem to want to touch the sky – they are ingenious with their very wide bases and thin tops.

Visiting this church is a magnificent experience, especially for lovers of photography, as you can spend hours playing with the different lighting and visual effects of this impressive place. 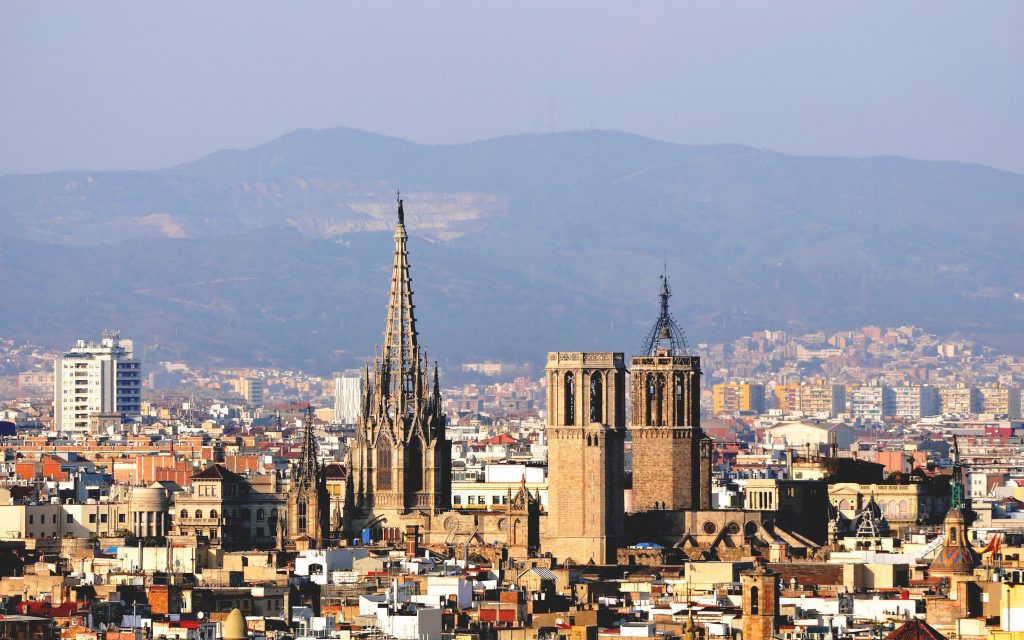 How to get there: Metro:

Jaume I or Barceloneta

The Magic Fountain in Barcelona

Montserrat – the mystical mountain at the heart of Catalonia