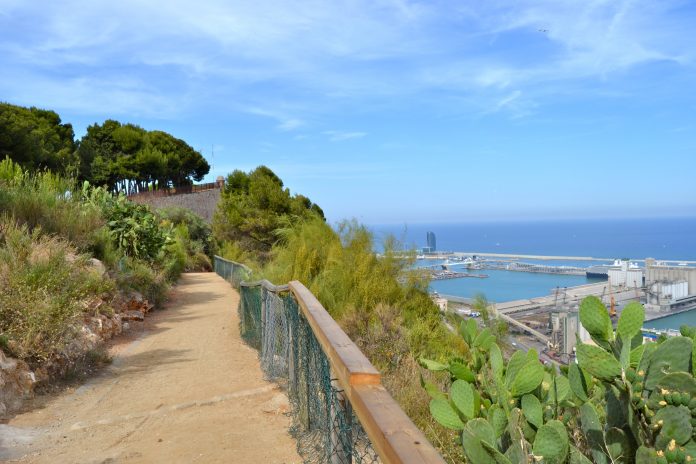 Montjuïc is a small hill with a long history and has been very important for Barcelona’s identity. You can find great monuments, museums and historical places there which have played a crucial role both in the city’s ancient and modern history.

This hill has different kinds of attractions, which makes it very difficult to set aside one visit to the place because you’ll be able to visit emblematic places for Barcelonian sport, as well as others that are historical, cultural and relaxing. That’s why we’ve created a list with a small description of the best places in Montjuïc.

Green areas and viewing points: Montjuïc, as well as having emblematic constructions, is also a place where green areas dominate and its privileged location means that in many places on the mountain there is a spectacular view of the city.

Palau Nacional: It was built in 1929 for the universal exposition with the aim of becoming a spectacular building. Nowadays it is home to the National Art Museum of Cataluña.

Magic Fountain: This is the central element of the famous music, light and water show. It’s one of the tourist attractions which is characterised by its originality and beauty.

Poble Espanyol: An area which represents the architecture from all over Spain through time, where every construction is a craft shop, a museum, or a restaurant. It also has gardens and flamenco shows.

Olympic area: You will find some of the facilities that were used during Barcelona 92, with the central element being the “Estadi Olímpic de Lluís Companys”, accompanied by other Olympic venues such as “Palau Sant Jordi”.

Montjuïc Castle: This is an old fortress, connected through a cable car which will allow you to admire other Montjuïc attractions from the top.

Telecommunications Tower: This 136 metre tall steel tower was built for the Olympic Games and is work of the very famous Valencian architect Santiago Calatrava.

Miró Museum: This has the most complete public collection of Joan Miró’s works, integrated with paintings, sculptures, ceramics, textiles, recordings and drawings from the whole artist’s life. For more information, you can visit the official web site: http://fundaciomiro-bcn.org/

A visit to Barcelona isn’t complete without seeing at least a couple of the tourist attractions Montjuïc offers. It’s one of the most interesting and visited places in Barcelona, so don’t miss out!