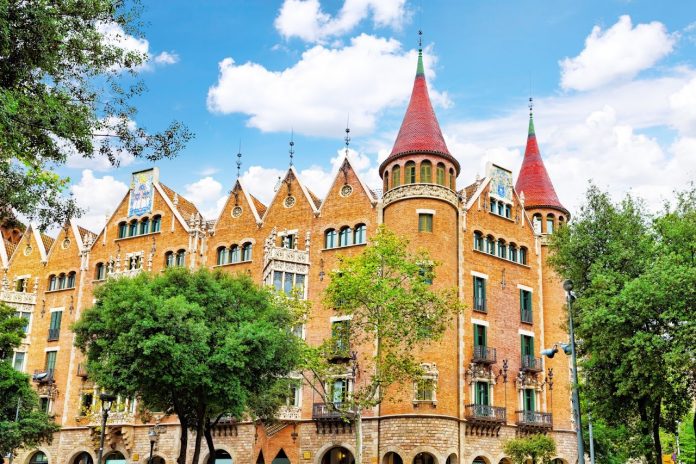 Barcelona is one of the most well-known tourist destinations in the world, however after so much talk about the city, I asked myself- Where does its name come from?

I discovered that the origin of the name Barcelona is unclear and there are many versions which, rather than being historical, are legends which attribute the name to the cultural legacy left by the first inhabitants of the city.

The first legend states that the name Barcelona is the modified version of Barke-no¸ the original name which was given to the city by Iberian settlers.

The second legend states that the Barcelona was named by Carthaginians and the name arose from the Carthaginian surname Barca, which means ‘ray’.

The Roman legend states that during a 9-boat expedition there was a big storm, the first 8 boats managing to escape without damage, whilst the ninth was lost at sea and Hercules ran aground at Montjuic. The place pleased the navigators so much that they named it after the lost boat- “Barca Nona” (the ninth boat).

It is impossible to demonstrate that one legend is more accurate than another, however one thing we can be sure about is that Barcelona was conquered by the Visigoths in 415 and came to be known as Gothland, which means “God’s Land”, for over 300 years.

Barcelona once again took its name and its identity when it was reclaimed as a Christian territory by Ludovico Pío in 801. From then up until the current day the name Barcelona has not been changed, although what the city has inspired in people has definitely altered.

At the start of the 80s, reference was made to Barcelona as the three syllables Bar, cel, ona, which mean respectively in Catalan ‘bar’, ‘sky’ and ‘wave’.

Nevertheless, nowadays Barcelona does not only mean parties, sun and sea for people, but it is also a large and thoroughly cosmopolitan metropolis, where on a daily basis thousands of tourists from all corners of the world converge in order to admire its culture, fashion, architecture, sports and many other things besides.

Barcelona was one of the first cities to create a more welcoming environment for a very forgotten and marginalized sector of society, the gay community. Equally, it is a prosperous city which, year on year, gives employment to thousands of immigrants.

All of these characteristics mean that Barcelona is synonymous with freedom, equality, prosperity and culture.

I am certain that Barcelona evokes different feelings for different people. For me, it is the city of romance, a city with an innumerable quantity of intimate corners, which through their magic feed the dreams of lovers. And for you?

All about the Catalan language

Tarragona – Roman history in a corner of Catalonia